QSR Wendy’s is the latest brand to jump into the metaverse with a new virtual restaurant set to open in Facebook parent Meta’s Horizons World platform this week.

The so-called “Wendyverse” will be accessible to Americans and Canadians who own Meta’s Oculus Quest 2 virtual reality headset starting on April 2. In addition to a scale replica of a fast food location, the metaverse gathering place will feature a Fanta-filled park fountain, a giant statue of the company’s mascot and a basketball court to coincide with the final rounds of March Madness.

The in-world basketball court, dubbed the Buck BiscuitDome, will pair with a real-life promotion offering all customers at Wendy’s stores a sausage or bacon, egg and cheese biscuit for the price of a dollar throughout the month of April. 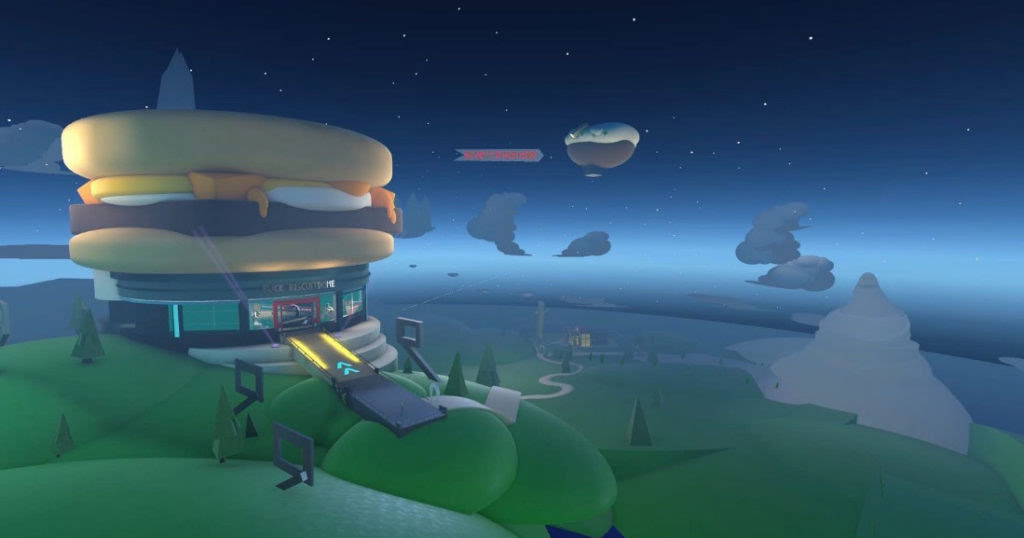 A Wendy’s spokesperson said the goal of the campaign is to establish a new form of online community among the chain’s customers. The experience is billed as the “first phase,” suggesting it may be part of a larger project for the brand in the metaverse. Wendy’s has partnered with Meta to build and operate the activation.

Wendy’s certainly isn’t alone in that regard. Even as consumer awareness and adoption of the metaverse has remained nascent, brands have been scrambling to establish a presence on the various platforms that make up this shared layer of online reality. In lieu of a Super Bowl ad, for instance, Miller Lite opened a virtual dive bar in Decentraland during this year’s Big Game and Vans recently launched an online skate park on game-building platform Roblox.

Even before the term “metaverse” had been popularized, Wendy’s has run interactive activations in the open-world game Fortnite starting around 2019.

Foto: A Wendy’s spokesperson said the goal of the campaign is to establish a new form of online community among the chain’s customers.Wendy’s

Metaverse And Its Potential In Education: How Effective Can Virtual Reality Be In Learning?

How The Metaverse Is Transforming The eCommerce Landscape

Could The Metaverse & Web3 Save Sustainability?

Defining The Metaverse And The Future Of Physical...

Reinventing yourself in the Metaverse through digital identity

Masters of the Metaverse