How the metaverse could transform upskilling in the enterprise

Increasingly, companies see enormous potential in the metaverse, the imagined version of the web where people — and their avatars — socialize. Banking firm Jeffries predicts that the metaverse will “cause the biggest disruption to human life ever seen.” Meanwhile, Meta, formerly Facebook, budgeted to spend $10 billion last year alone building components foundational to the metaverse, including augmented reality (AR), virtual reality (VR), and AI.

But while investments in the metaverse have thus far primarily focused on gaming, the pandemic has made clear the technology’s ability to transform the workplace. As new variants of the coronavirus force employees in a range of industries to stay out of the office, the metaverse could eventually be used for tasks like onboarding, providing workers a safe way to train remotely.

Already, startups — as well as incumbents like Meta and Microsoft — are developing platforms that companies can use to train employees via metaverse-like, VR environments. Even before the pandemic, VR vendors were seeing accelerating growth in the enterprise, with 46% claiming that demand for enterprise VR was “strong” or “very strong,” according to a VR Intelligence survey. That’s perhaps why analysts at Emergen anticipate that the market for metaverse applications could grow from $47.69 billion in 2020 to $828.95 billion in 2028.

Job training in the metaverse

A number of businesses aim to substitute the traditional, in-person employee onboarding process with digital, VR-based alternatives. Unlike physically commuting to an office to learn processes, the idea is that virtual, metaverse-like spaces — delivered through VR — can serve as a replacement with the added advantage of flexibility.

For example, Palo Alto, California-based Strivr is creating software that enables customers to build VR training programs centered on health and safety and customer service coaching. In 2018, Walmart announced that it would team up with Strivr to buy Oculus Go VR headsets to train employees at its retail outlets to practice a new online order pickup station before it launched in stores. Now, the retailer offers Strivr’s technology to all of its more than 1 million associates in the U.S., allowing them to take advantage of VR development sessions like “Be Kind,” which trains workers on keeping calm during tense situations with upset customers. 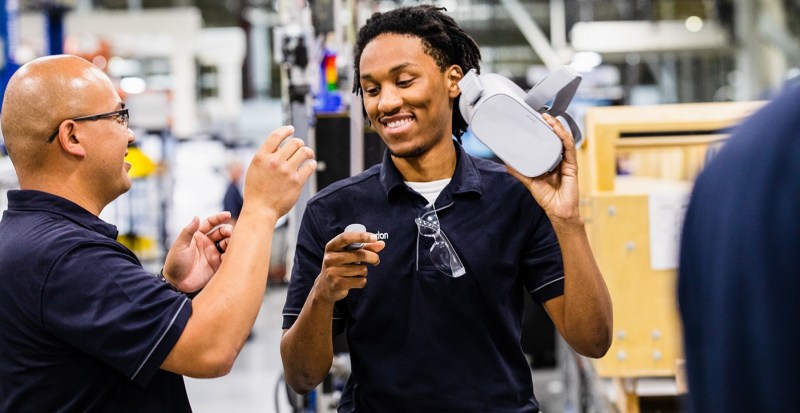 A Strivr rival, Talespin, offers its own set of tools that help companies to develop VR training modules for remote workers. One of the Culver City, California-based startup’s clients is Farmers Insurance, which worked with Talespin to create a damage assessment tutorial for claims employees and a ‘soft skills’ program focused on customer service.

There’s also Interplay, a startup providing online and VR training for a range of skilled trades including plumbing, electrical, and facilities maintenance. Courses on the platform feature video recordings of experts who lead users through procedures, supplemented by wiring diagrams, equations, example system configs, and charts. To challenge employees’ knowledge, Interplay guides them through the process and then presents a randomly generated fault in a system. Workers have to rely on earlier training to figure out how to fix it.

The health care industry is showing particular interest in metaverse onboarding technologies, particularly those supporting high-risk surgical use cases. San Francisco, California-based Osso VR, which offers VR-based orthopedics, endoscopy, and interventional training programs, claims that Johns Hopkins is among its over 20 customers. Competitor FundamentalVR, which combines VR with haptic feedback technologies for surgical simulations, has investments from the Mayo Clinic.

A newer vendor, Clostra, was recently awarded a grant to bring Metaverse technology to a different sort of market: defense. With its software, DeepMeet, U.S. Air Force senior leadership will be able to join a command room or remote training facility from anywhere in the world, Clostra says. Building on a 2D video stream, DeepMeet transforms service members into three-dimensional avatars, using AI to mirror real-world movements and interactions in the virtual environments. Room renderings are detailed models of real-world locations and objects — virtual control rooms, pieces of equipment, and vehicles in DeepMeet have the same controls and functionality as their physical counterparts.

Microsoft recently offered its vision for immersive meetings in Mesh for Teams, which has users join a standard Microsoft Teams meeting as a customized avatar of themselves. Organizations can build spaces — “metaverses” — within teams, and users can then take their avatars into these spaces to mesh and mingle. 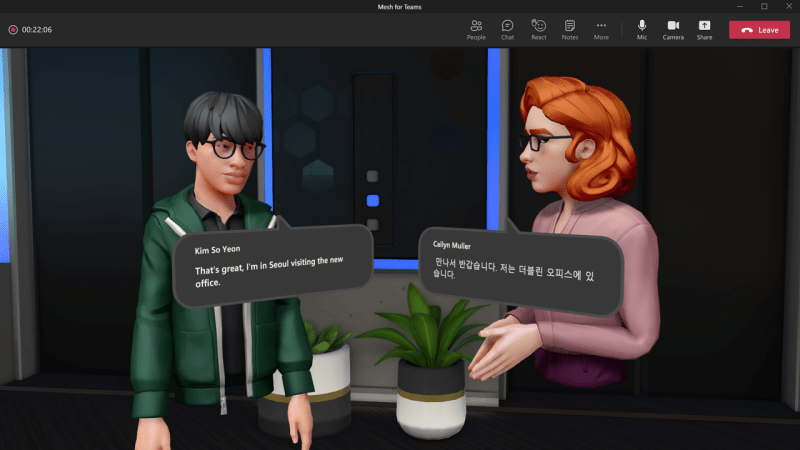 Above: Mesh for Team’s, Microsoft’s vision of the metaverse for online meetings.Image Credit: Microsoft

For its part, Meta has gone all-in on the metaverse, rolling out a host of updatesto Horizon Workrooms, its platforms where users can create virtual worlds and conference rooms. Using an Oculus Quest 2 headset, workers can create an avatar to communicate with, train, and interview coworkers and hires in virtual meeting places.

Today’s digital training platforms technically fall short of the widely accepted “metaverse” definition because they aren’t interconnected; they’re siloed instead. They could someday meet it, though, and — as my colleague Dean Takahashi writes — they might in the process help VR find its footing as it endeavors to become the next universal computing platform.

According to an ABI Research report, before the pandemic, the VR market was forecasted to grow at a 45.7% compound annual rate, surpassing $24.5 billion in revenue by 2024. But even amid the health crisis, VR is booming. A separate PricewaterhouseCoopers survey predicts that nearly 23.5 million jobs will use AR and VR by 2030 for training, work meetings, or customer service. Headset sales for training alone are expected to reach $2.2 billion by 2022, and one in three small- or medium-sized businesses in the U.S. plan to pilot a VR training program.

One needn’t look hard for evidence of metaverse technologies’ uptake. Hyundai, Siemens, BMW, Chevron, Tyson, and Adidas have contracted with startups like Zepeto to build VR training worlds. Interplay says that usage of its platform was up a whopping 445% in 2020 — exceeding 300% year-over-year growth.

Some companies are exploring the applicability of metaverse technologies to more challenging material, like sexual harassment training. Los Angeles, California-based Vantage Point is developing a VR platform specifically for workplace harassment prevention. It works by attempting to account for the nuances of common harassment situations, with modules designed for men and women focusing on stigmas and biases, bystander intervention, and response. 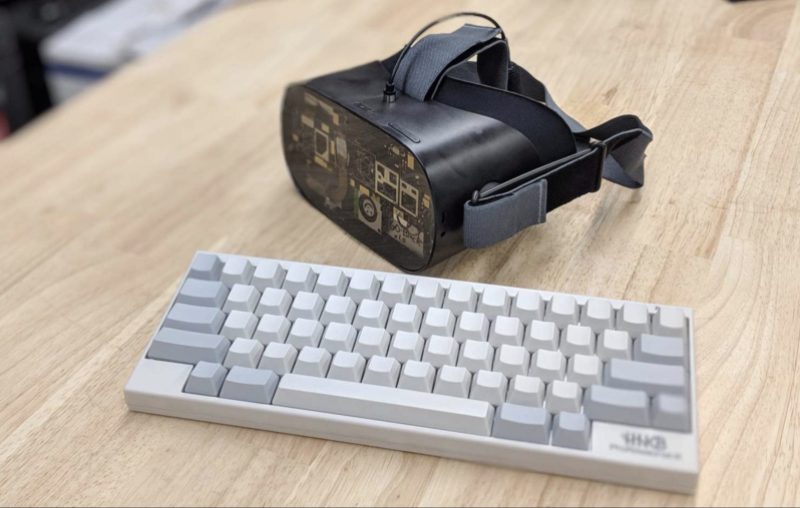 As founder and CEO Morgan Mercer told TechRepublic: “Immersive mediums are the next step which will create direct relationships and build empathy that transcends beyond any existing platform-based network. I can’t tell you what it feels like to feel cold, or to feel hot, or to be uncomfortable, or to feel the elephant in the room. If you can actually feel the elephant in the room, and tie that feeling to an action you can take at that time, that’s when training becomes impactful — when there is situational relevancy derived from personal context.”

A 2020 PricewaterhouseCoopers study found that learners in VR are four times more focused than e-learning students and 275% more confident in applying new skills after training.

Privacy, safety, and exclusivity issues have been flagged as potential problems in using the technology for training and recruitment, however.

While employers might be tempted to tap into the telemetry that metaverse platforms offer — which could, for example, track the productivity of an individual person or team — employees might push back. Of the remote and hybrid workers surveyed in a recent ExpressVPN report, 59% said that they felt anxiety as a result of their employer monitoring them. More than half said they’d resign from their job if their manager implemented surveillance measures.

Not all employees oppose workplace monitoring — or virtual workplace monitoring, as the case may be. Over half of office workers surveyed by Robert Half were open to digital surveillance if it led to perks, like the ability to work preferred hours. As for vendors, a few argue that tracking allows employers to customize virtual experiences depending on employees’ skill levels and other characteristics. Interplay allows managers to view the top users based on education credits earned in a certain timeframe and administer tests that assess abilities, for example — leveraging an automated system that instantly generates reports.

Regardless of whether they trust their employer, some employees might be wary of the vendors providing metaverse technologies. For example, Meta requires users of its Workrooms platform to sign up for Meta and Workrooms accounts, a non-starter for employees worried about whether the company might monetize their data. Meta asserts that it won’t use Workrooms conversations to inform ads on Facebook and that it’ll only process personal images locally, but given the social network’s poor record on data privacy, the language isn’t like to allay all workers’ concerns.

Employers might also fear harassment in metaverse platforms with collaborative features — a longstanding challenge in the workplace. Earlier this month, a woman was reportedly “groped” in Meta’s Horizon Worlds, a social version of Workrooms. Research shows that biased behavior and sexist comments don’t dissipate when more meetings take place virtually — in a 2020 survey, Slater and Gordon found that 27% of British women were told to “dress more sexy or provocatively” for virtual meetings. And half of the women responding to a 2018 survey said that they experienced a form of sexual harassment in VR.

Meta and several other platform providers offer tools to prevent this from happening. But several experts say that these tools need to be more obviously denoted. 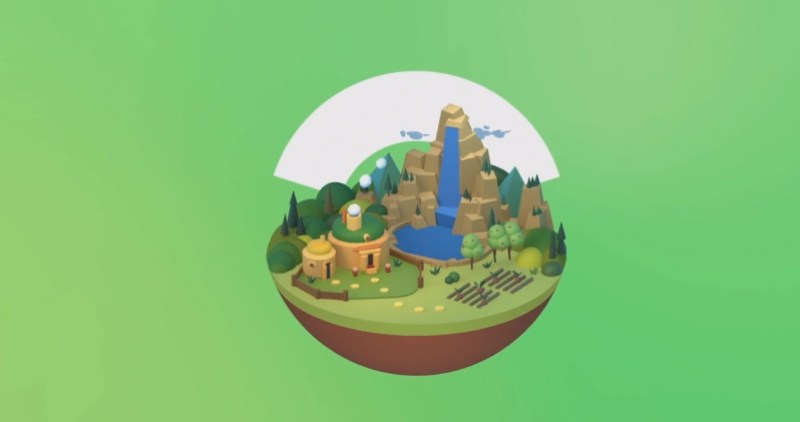 Another question unaddressed is of cost. While VR training can be cheaper than sending poorly-prepared workers into situations with expensive equipment, not every employer — or employee, if they’re a contractor — can afford hardware required to access virtual training platforms. An Oculus Quest 2 cost $300. While some platforms support smartphones, even those — not to mention the motion sickness that sometimes comes with them — can be a barrier to entry for workers.

“As technology accelerates, ever-more advanced opportunities such as that presented by the ‘metaverse’ become accessible to employers,” John Kleeman, founder of Questionmark, an online assessment platform, said in a statement. “Making the most of such new tools depends on considerations, such as what skills are needed to make this work, and how [we can] make sure it is offered to all appropriate staff on an equal footing.”