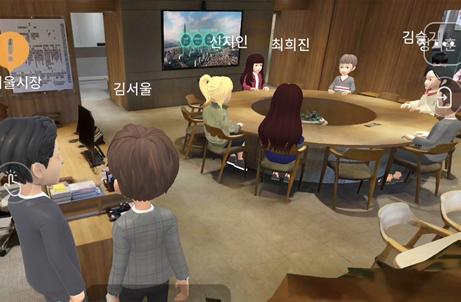 The Seoul Metropolitan Government (SMG) began its pilot service of virtual Seoul City Hall on Mon, May 9 for citizens to experience Metaverse Seoul before its official release.

Available as a mobile app, this beta release features Seoul City Hall in a 3D virtual space where users can visit the lobby and the mayor’s office as an avatar and interact with other users and even submit petitions.

The city is planning to make use of this beta test as an opportunity to collect citizens’ general feedback and identify operational deficiencies to enhance the Metaverse Seoul platform that is currently in development.

Since the city’s announcement of its comprehensive plan for Metaverse Seoul in October 2021 and being the first global city to provide virtual public services, there has been worldwide interest in how Seoul is creating a metaverse for a smarter city. To elucidate the vision and progress of Metaverse Seoul, city officials participated in Future Compute 2022 hosted by the MIT Media Lab.

With excellent digital resources and infrastructure, Metaverse Seoul will be able to preemptively respond to citizens’ desire for new virtual experiences and provide better public services. Going forward, Seoul plans to make active efforts to establish a foothold in global leadership as a smart city based on its urban competitiveness.