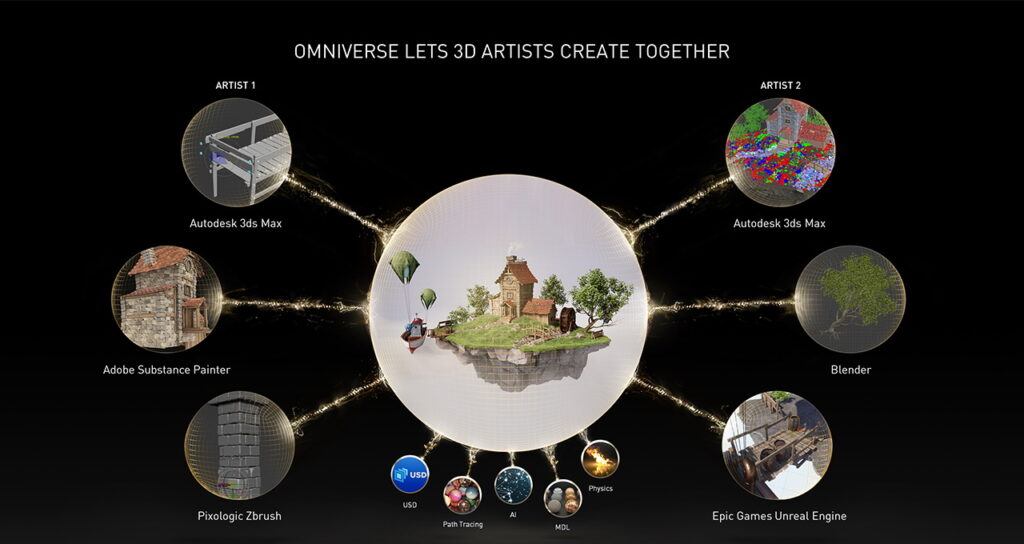 In its bid to help creators and businesses connect NVIDIA launched the beta version of its Omniverse platform last year, offering early access to those interested in signing up. As part of CES 2022 this week, the company has announced that the platform is now freely accessible to creators with no sign ups required. Additionally, several new features are also available.

These new additions include Omniverse Nucleus Cloud, a feature that enables sharing of large Omniverse 3D scenes without transferring massive datasets so that clients can see changes made by creators in real-time. Then there’s Omniverse Machinima where users can remix and recreate their own videogame cinematics using free characters, objects and environments from titles such as Mechwarrior 5 and Shadow Warrior 3.

For those who require facial animations, there’s Omniverse Audio2Face. This is an: “AI-enabled app that instantly animates a 3D face with just an audio track,” states NVIDIA. Creators can then directly export to Epic Game’s MetaHuman Creator app.

“We are at the dawn of the next digital frontier. Interconnected 3D virtual worlds … with shops, homes, people, robots, factories, museums … will be built by an expanding number of creators, collaborating across the globe,” said Jeff Fisher, senior vice president of NVIDIA’s GeForce business at CES 2022. “This is the future of 3D content creation and how virtual worlds will be built.”

To help creators even further, 3D asset libraries like TurboSquid by Shutterstock, CGTrader, Sketchfab and Twinbru have all added support for the Omniverse ecosystem, all based on Universal Scene Description (USD) format.

“With this technology, content creators get more than just a fast renderer,” said Zhelong Xu, a digital artist and Omniverse Creator based in Shanghai. “NVIDIA Omniverse and RTX give artists a powerful platform with infinite possibilities.”

NVIDIA Omniverse is free to download for individual users and works with GeForce RTX graphics cards to enhance existing 3D workflows. For businesses, there’s Omniverse Enterprise, a subscription service with a 30-day free trial. For continued updates from NVIDIA