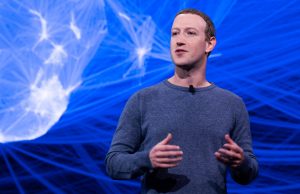 Facebook Reality Labs, the company’s AR/VR research and development team, announced the creation of a special product group focused on developing its future vision for “the Metaverse.” Apparently Facebook is betting big on the idea too, as it hopes in the near future to be viewed more as “a metaverse company” than a social network.

The term ‘metaverse’ was first coined by Neal Stephenson in his 1992 sci-fi novel Snow Crash. It not only refers to the monolithic online 3D environment where a part of the story takes place, but also the sum of all virtual worlds, including virtual reality, augmented reality, and the Internet as a whole. You may also recognize the concept from Ernest Cline’s 2011 novel Ready Player One, which was brought to life in Steven Spielberg’s 2018 film adaptation.

Now, on the heels of Epic Games’ landmark $1 billion investment to kickstart its own vision for the metaverse, Facebook CEO Mark Zuckerberg says the company is also investing in ways to better position itself for a more connected future by creating “the Metaverse.”

Speaking to The Verge, Zuckerberg’s immersive, interconnected future may sound nebulous for now, but head of Facebook Reality Labs Andrew Bosworth announced in a Facebook post that it’s actually spinning up a product team dedicated to the task, bringing into the fold a number of Facebook execs.

Zuckerberg tells The Verge that the company’s vision for the metaverse won’t rest solely on virtual reality devices, but rather he says it’s going to be “accessible across all of our different computing platforms; VR and AR, but also PC, and also mobile devices and game consoles.”

At least as far as VR is concerned, offering support to all devices will be a marked departure for anyone who’s followed the company’s walled garden approach to VR software development over the years, which may point to where the company hopes to go in the future.

“I think a good vision for the metaverse is not one that a specific company builds, but it has to have the sense of interoperability and portability. You have your avatar and your digital goods, and you want to be able to teleport anywhere,” Zuckerberg says. “You don’t want to just be stuck within one company’s stuff. So for our part, for example, we’re building out the Quest headsets for VR, we’re working on AR headsets. But the software that we build, for people to work in or hang out in and build these different worlds, that’s going to go across anything. So other companies build out VR or AR platforms, our software will be everywhere. Just like Facebook or Instagram is today.”

As the company continues to develop for the future of pervasive all-day AR glasses and VR headsets, Zuckerberg hopes that over the next five years the company will enter a new chapter to become what he calls “a metaverse company,” shifting its image from just a social network.

“One of the reasons why we’re investing so much in augmented and virtual reality is mobile phones kind of came around at the same time as Facebook, so we didn’t really get to play a big role in shaping the development of those platforms,” Zuckerberg says.

Continuing: “And I think if we can help build the next set of computing platforms and experiences across that in a way that’s more natural and lets us feel more present with people, I think that’ll be a very positive thing.”

Not much is certain for now: creating that future of a singular, interoperable virtual continuum is likely to be a long and sustained effort that will not only require immersive devices to supplant (or augment) traditional computing platforms, but would require Facebook to take on an active role of platform holder, requiring it to reach much farther than it does currently with Oculus, or even its traditional social network.

Love it or hate it, Facebook has a pointed interest in pioneering the space and owning a big piece of it too later down the line. And yes, it’s still hiring a lot more people to make that happen.