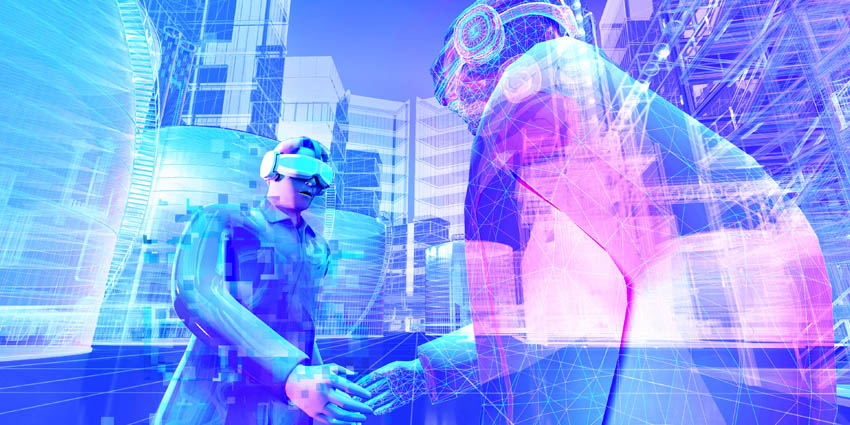 Metaverse vs Multiverse: Which One Will Come Out on Top?

Which is the future?

As Facebook rebrands to Meta, the spotlight is on the many virtual worlds around us and how we inhabit them. While the metaverse may still be a work in progress, the idea of spending our time and engagement efforts in an online-only world isn’t new.

The notion of the metaverse was first suggested in the 1992 science fiction novel, Snow Crash, deriving from the video games of that time and also speaking to the rise of an early internet. And, in a way, we regularly move in and out of a self-sustaining virtual world when we use social media platforms like Facebook.

It’s for this reason that the New Yorker came out with an article aptly titled We Already Live in Facebook’s Metaverse.

Therefore, the question arises, if we inhabit multiple metaverses simultaneously?

Does each social media platform, online game like Minecraft, and virtual reality ecosystem count as a separate metaverse?

That’s where the concept of the multiverse comes in.

Originally derived from string theory in physics, the multiverse was popularised by science function and comics books, much like the metaverse in its early years.

Now, as development efforts for an AR/VR-enabled metaverse gains momentum, the multiverse has to be redefined in context.

Simply put, the multiverse in the context of AR/VR refers to multiple disjointed worlds, akin to the original notion of co-existing universes in string theory and theoretical astrophysics.

Let us explore how these two concepts are related.

The metaverse can be defined as an immersive 3D space that consolidates multiple AR, VR, and MR experiences to create a converged environment where users can interact with each other and the 3D world around them.

The metaverse has been a long time in the making, since the rise of games like Second Life. Minecraft, Second Life, etc. posited that you could have an alternate virtual reality where you can exist as a 3D replica of yourself, going through experiences, emotions, transactions, and interactions similar to the real world.

To this, companies like Decentraland, Sandbox, Microsoft, and now Facebook or Meta added an element of human-computer interaction (HCI).

You could now not only exist in a 3D avatar form, but you could also engage in sensory interactions with the virtual world-scape.

In future, the multiple metaverse platforms being built by these companies would come together to form a converged environment – i.e., the true metaverse.

The multiverse can be defined as the theory of parallel universes as it exists in the world of physics, cosmology, astronomy, and other related fields of study.

The term rose in popularity in the mid and late 20th century, stemming from the idea that there are only a finite number of molecular combinations that can exist even in an infinite world.

Therefore, matter would be forced to repeat the same patterns sooner or later, giving rise to universes that are similar to or very different from our own.

Cosmologists suggest that multiverses may exist in different levels of variance from our own. It could be just like ours, only with a different timeline of events.

It could be similar to ours, in terms of basic laws, but follow a different set of physical parameters. There could be many universes where every possible combination of matter and molecules that could exist does exist.

Finally, there could be universes not even remotely connected to our own, that operate based on different laws of physics.

To understand these two terms better, let us consider the main differences between the metaverse and the multiverse.

1. The metaverse is being built, while the multiverse is either theoretical or already exists

The metaverse is a technology platform or environment, currently in a WIP stage. There are versions of it already available to users.

The multiverse either does or doesn’t exist – it isn’t going through any sort of creation process, and scientists are only working to prove its existence.

2. The metaverse is mandatorily immersive, while the multiverse may have 2D components

The metaverse combines AR, VR, and MR to provide a highly immersive experience. As technologies evolve, its depiction of the real world will get even more accurate and it will become easier for users to move in and out of the metaverse.

The multiverse, on the other hand, may contain universes that do not resemble our own. In theory, there could be a universe with different laws of physics, and therefore, two-dimensional objects and beings.

3. The metaverse is universal, while the multiverse is not

This is an important difference. As mentioned, the true metaverse will be converged and universal, bringing together all the immersive worlds built by different companies.

The multiverse, in contrast, has inherent multiplicity. This means that there will always be more than one world, which may or may not be interoperable.

4. The metaverse is interoperable, while the multiverse has limited integration

The metaverse is interoperable by definition, allowing users to teleport in and out of spaces, carry objects around, use the same credentials, port their NFTs, and so on.

The level of interoperability in the multiverse is yet to be proven and will depend on the level of variance, as discussed.

But given that we haven’t discovered the existence of a multiverse as yet, it is safe to say that integration and interoperability is likely to be limited.

Which One Will Come Out on Top?

The question of which will come out on top, the multiverse or the metaverse, remains to be seen. For now, the metaverse is closer to seeing a “market launch” and will have 1 billion users by 2031, as per Facebook’s estimates.

On the other hand, the multiverse, if it does exist, could have a parallel world where the metaverse is already designed, developed, and deployed.

Ultimately, the multiverse is among the foundational rules of existence that will determine the core fabric of our lives. And eventually, a major of that life could be played out in the metaverse.