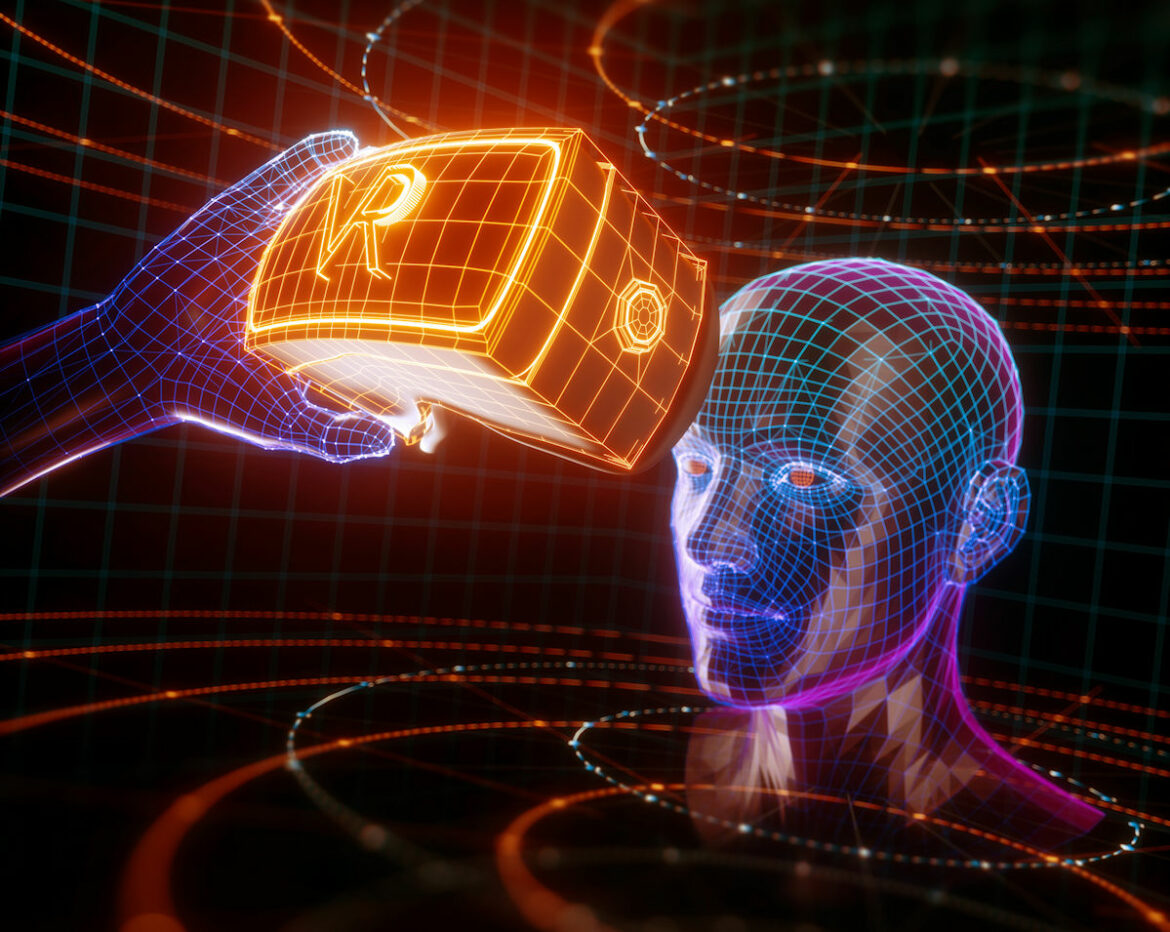 The History of the Metaverse

The metaverse is the collective assortment of byte-based alternatives to features of the physical, atomized world. The metaverse is in our future with or without our permission. We’ve taken too many steps in that direction already to stop it.

To understand where all of this is headed, it’s instructive to look back and put in context the significant steps we’ve already taken down the virtual metaverse road.

History and future are one continuum with no beginning or endpoints. At any given time, we can see how today’s breakthroughs and future trends are building on top of the framework of previous discoveries. Whether we knew it at the time, the historical steps I’ll lay out below were critical in the formation and future of the metaverse. It’s very clear in hindsight.

So, let’s look back 40 years or so to get a fresh perspective on this metaverse trajectory. I selected 1991 as a beginning point, the advent of the internet. But we could just as easily establish a similar timeline that leads up to that important breakthrough, too.

Why are these milestones considered elemental to the emergence of the metaverse? Each one adds an element of structure, capability, and, yes, reality within that virtual, parallel world – a metaverse many would consider safer and more democratic than our physical universe.

Brief History of the Metaverse

On the 6th of August 1991, Tim Berners-Lee posted the very first public invitation for collaboration on the WorldWideWeb. This is the date the Internet was born.

The very next year, science fiction writer Neal Stephenson coined the term “metaverse” in his 1992 novel Snow Crash, where humans, as avatars, interact with each other and software agents, in a three-dimensional virtual space that uses the metaphor of the real world.

The term and concept were introduced in the context of computer security as a way to prevent email spamming. Later, proof work became one of the primary techniques for verifying and legitimizing transactions on a blockchain, specifically – cyber currency mining based on computer power.

Computer engineer Wei Dei revealed his concept for b-money, a decentralized, distributed cryptocurrency. It never came to pass but some of the concepts are very similar to those in Bitcoin, which emerged years later. One element was the use of Proof of Stake, an alternative mining algorithm that relies on the developer’s current holdings of the cryptocurrency rather than raw computing power.

The concept and model of the digital twin – the digital counterpart of a physical object – was publicly introduced in 2002 by Michael Grieves, then of the University of Michigan, at a Society of Manufacturing Engineers conference. Grieves proposed the digital twin as the conceptual model underlying product lifecycle management.

Second Life is the online virtual world, developed by Philip Rosedale and his team at Linden Lab in 2003. It was very much a precursor to the Metaverse worlds being developed today. One of the biggest problems Second Life users faced was low bandwidths and high “res” times making it a less-than-optimal experience. But even today, Second Life has an active user base of a million people, each spending over four hours a day in this virtual world.

This online platform was introduced that allowed users to create and play games developed by other users. During the 2020 pandemic, it became a significant source of interaction for young people, and it became the third-highest-grossing game that year.

On the 3rd of January in 2009, the bitcoin network came into existence with its mysterious founder, Satoshi Nakamoto, mining the genesis block of bitcoin (block number 0), which yielded a reward of 50 bitcoins. This was the day Bitcoin was born.

Along with the invention of Bitcoin, Satoshi Nakamoto also invented blockchain to serve as the public transaction ledger for Bitcoin. Even though others have claimed to have invented the concept of blockchain earlier, the same day that Bitcoin was launched is the same day that a usable form of Blockchain was born.

Gacha games had grown popular in Japan by the early 2010s, based on the capsule toy vending machine concept, with the earliest known system being in MapleStory. Players would earn currency that they could use to participate in a random draw from a set of items based on pre-determined rarities, often with the goal to collect all of a one set of items to gain a powerful in-game reward.

This novel by Ernest Cline introduced many young people to the concept of a virtual reality world. The Steven Spielberg adaptation in 2018 made the idea even more vivid and the interest more widespread.

An NFT or “Nifty” is a Non-Fungible Token, representing a unique item instead of fungible tokens, which are mutually interchangeable, such as cryptocurrencies like Bitcoin. The concept of NFTs has been with us since December 2012 with the creation of “Colored Coins,” in which additional information is incorporated onto a bitcoin so that it is no longer fungible but unique. This, interestingly enough, was a project spearheaded by a young Vitalik Buterin as he worked on improvements for the Bitcoin blockchain.

The Thiel Fellowship – In 1999, Peter Thiel’s company Confinity merged with Elon Musk’s company X.com to form PayPal. Three years later, eBay bought PayPal for $1.5 billion, making both Musk and Thiel very wealthy. In 2010, Peter Thiel announced the formation of the Thiel Fellowship, offering $100,000 grants for students under the age of 22 to leave school and pursue other work. In 2014, one of the recipients of this grant was 20-year-old Vitalik Buterin, the co-creator of Ethereum.

In July of 2015, Vitalik Buterin and Gavin Wood launched the Ethereum Network, along with the ethereum blockchain.

The first iteration of this virtual reality platform was introduced in 2015. It allocated “land” via a proof of work algorithm. The 2021 boom in NFTs has led to sales of some of the game’s real estate plots for more than $100,000.

Smart contracts were first proposed in the early 1990s by Nick Szabo, who coined the term to refer to “a set of promises, specified in digital form, including protocols within which the parties perform on these promises.” Since the 2015 launch of the Ethereum blockchain, the term “smart contract” has been more specifically applied toward the notion of general-purpose computation that takes place on a blockchain or distributed ledger.

Pokémon Go was the first game to overlay a virtual world onto the real world. It uses mobile devices with GPS to locate, capture, train, and battle virtual creatures, called Pokémon, which appear as if they are in the player’s real-world location.

The company named The DAO was launched through a crowdfunded token sale in May 2016, setting the record for the largest crowdfunding campaign in history at that time. It was meant to be an alternative venture capital fund, created on Ethereum’s blockchain, that would serve as a decentralized funding model. In June 2016, users exploited a vulnerability in The DAO code which enabled them to siphon off one-third of DAO’s funds into a subsidiary account. This led to the death of The DAO as a company. But the concept of decentralized autonomous organizations (DAOs) lives on, yet substantially improved by lessons learned from The DAO experience. Moving forward, each DAO will serve as an essential ingredient for future metaverse companies that are governed collectively by participants in the organization, with rules and financial transactions recorded on the blockchain. DAOs, for example, have been formed around joint ownership of NFTs.

This multiplayer video game was a huge success upon its release, and it introduced many people to the look and feel of the metaverse and cryptocurrency. Fortnite user base totals 350 million.

The Dai Stablecoin was introduced to add a new element to the volatile crypto universe. In contrast to cryptocurrencies that aren’t anchored to any fiat currency or are only anchored to other cryptocurrencies, the centralized Dai Stablecoin was pegged to the U.S. dollar, making it far less volatile and more reliable cryptocurrency for decentralized finance (DeFi). Today, blockchain-based banking services are available on a number of similar platforms for cryptocurrency borrowing, lending, and investing. For now, they’re largely unregulated by our traditional institutions, and users seem just fine with that, for the most part.

Cyber currency exchanges took a major PR hit when Bancor lost $13.5 million to hackers. Although their legal/regulatory foundation remains a little uncertain, DEXes continue to serve as a way for people to sell and trade their cyber currency assets person-to-person based on smart contracts, rather than through a centralized exchange.

The popular NFT virtual reality game, Axie Infinity, based on a mythical world of animal husbandry, was introduced this year. By mid-2021 it had the highest combined value of NFTs of all play-to-earn game platforms.

When COVID exploded on the scene in 2020, people around the world found themselves being quarantined with few options to dedicate their time and energy to. For this reason, the metaverse quickly became the go-to place for a growing number of young people, gamers, and those wanting to make money in the online world. In our polarized world, the metaverse has taken on a tone of rebelling against current institutions – the more ingrained they are more they’re at risk. This is pushing people to the underground economies and worlds of the metaverse, setting up a “perfect storm” for Metaverse growth.

The value of the tokens on the six major blockchain platforms surpassed $2 billion. The movement to cut out the middleman continues, as open-source, transparent applications continue to emerge to enable gaming, DEXes, DeFi, and other acronymized uses. While many people refer to dapps as an emerging trend, the first dapp was actually the Bitcoin app more than a decade ago.

2020 – First Concert in the Metaverse

In April 2020, Travis Scott and Marshmello performed in the video game, Fortnite to just under 30 million people.

Also in April, the Solana blockchain dapp was introduced. In contrast to Ethereum, this dapp’s cryptocurrency, called a SOL, is mined based on the alternate proof of stake (POS) algorithm. Further, issues related to block ownership were clarified and simplified in Solana, with a new consensus tool known as “proof of history” that inserts timestamps into its blockchain.

This wildly popular dapp was created with a multi-metaverse interplanetary scenario that had NFT characters interacting in a decentralized autonomous organization to mine tokens and perform other tasks. By 2021 Alien Worlds had more than 2.5 million users, but its significance goes beyond that – the game has been built around critical lessons for teaching people about the principles of cryptocurrency and crypto-mining.

The evolution of various kinds of enabling technology and new features in the metaverse over the last few years has been incredible. But not as amazing as it will be beyond 2021.

In fact, in the future, there will be few if any aspects of society – including government, business, churches, entertainment, dating, politics, and even war – that will remain unchanged with the evolving Metaverse. It will have an especially profound effect on the way we educate ourselves and our children in the years ahead.