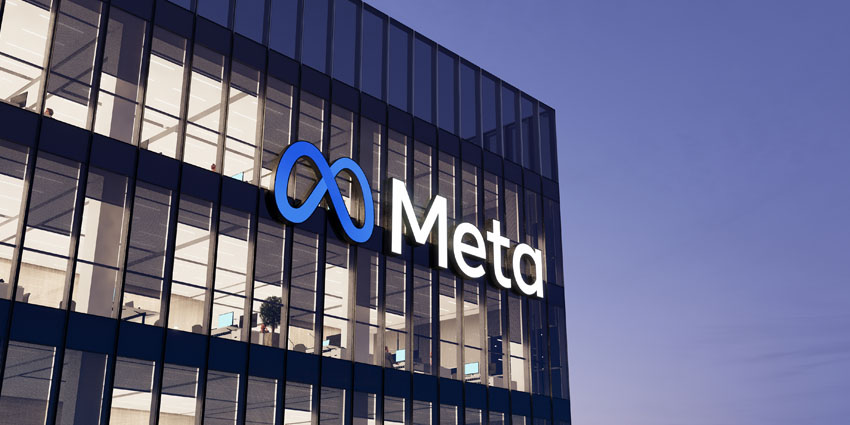 Meta Platforms Inc has faced another challenge in its uphill battle to develop solutions for the Metaverse after it threatened a second time to withdraw from Europe if regulators failed to allow the company to transfer user data to the United States, Bloomberg reported on Monday.

The development comes amid a shuttered privacy agreement between Washington and Brussels, which has remained at a standstill after the European Court of Justice blocked it in 2020, citing fears over cybersecurity data privacy rights for EU citizens after their data was transferred to the US.

The news follows an Irish Data Protection Commission’s ruling last May to potentially block data flows from the EU to US due to standard clauses. Meta’s data requests were rejected shortly after, with Irish courts ruling there was no basis for challenging its findings, Bloomberg added.

Meta noted in its US Securities Exchange Commission annual report that, should contractual clauses fail to guarantee Meta’s transnational data flows between the EU and US, it may “be unable to offer a number of our most significant products and services, including Facebook and Instagram, in Europe.”

Its Q4 report read: “[As] previously noted, we also continue to monitor developments regarding the viability of transatlantic data transfers and their potential impact on our European operations.”

A Meta spokesman said in a statement emailed to Bloomberg,

“We have absolutely no desire and no plans to withdraw from Europe, but the simple reality is that Meta, and many other businesses, organizations and services, rely on data transfers between the EU and the US in order to operate global services”

Meta has been hit with similar measures in recent months after the EU pulled Oculus Quest 2 headsets from online stores over chemicals in the devices foam faceguards which triggered allergic reactions in some users. The company later responded by including silicon face guards on all devices and doubling device storage capacities from 64GB to 128GB.

Bruno Le Maire, Finance Minister of France, responded in a meeting in Paris on Monday that “digital giants must understand that the European continent will resist and affirm its sovereignty”.

According to a European Commission spokesperson speaking to Bloomberg, talks over data transfers with the US have intensified but have taken time due to the “complexity of the issues discussed” as well as a “need to strike a balance between privacy and national security.”

The comments echo similar warnings in its 2020 annual report, which stated the Menlo Park-based firm may be “unable to operate” some of its functions in the EU.

Despite this, Nick Clegg, Meta’s Global Affairs Chief, said at an event at the time he wanted to be “crystal clear” the firm had “absolutely no desire, no wish, no plans to withdraw” services from the EU.

Clegg also vowed in an interview in September last year to protect users on its Metaverse platforms and hinted Meta would collaborate with organisations such as the Washington, DC-based XR Association. The firm also pledged a further $50 million USD to ethically build the Metaverse with similar groups.

The developments come amid a wave of challenges Meta has faced over the last few months, namely amid its ambitions to build the Metaverse, which have resulted in fierce criticisms over its privacy and safety efforts.

Meta revealed in its fourth-quarter (Q4) report its Reality Labs division had posted net losses of $10.2 billion USD, citing research and development (R&D) investments as well as increasing competition from rivals Snap and ByteDance’s TikTok, but was backed by “solid” quarterly earnings.

News of the losses triggered a massive sell-off, with stocks plummeting 22 percent at the time.

The losses come just months after Meta pledged to hire 10,000 EU employees to facilitate the company’s expansion across the European continent as well as boost the quality of its services.

Meta has also struggled against additional challenges over issues on its Horizon Worlds and Venues platform, namely after the vice-president of a major firm was sexually harassed within a minute of entering the digital space, sparking the Metaverse company to instal personal boundaries for avatars.

The firm also held talks with numerous governments to guarantee the safety of future Metaverse users, namely after the death of a young woman exposed to reportedly harmful content. British ministers followed up by threatening sanctions and arrests against tech giants failing to secure online content.

Frances Haugen, a former Facebook data engineer, leaked a massive number of documents on Facebook’s operations at the time, alleging the company knowingly avoided working to tackle the issue. Mark Zuckerberg, then-Facebook Chief Executive and Founder, slammed the accusations as false and accused media reports of engaging in a coordinated effort to damage his firm’s reputation.