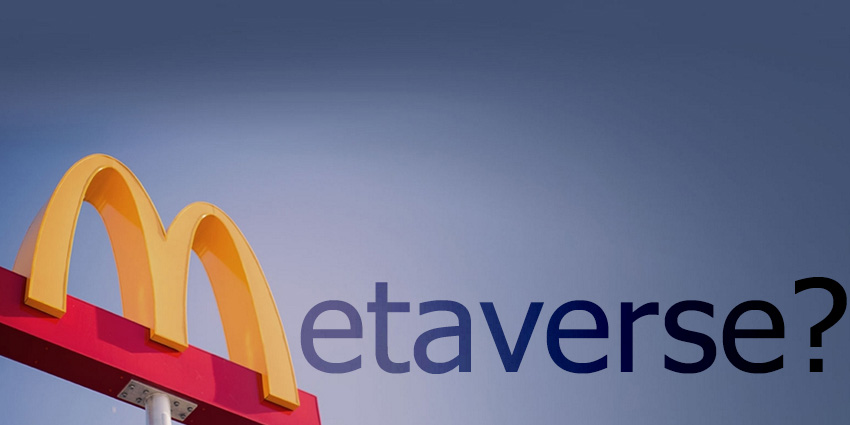 McDonalds has become the latest entrant to the Metaverse after it filed several patents to develop Metaverse goods and services, spanning from digital restaurants, cafes, and others, global media reported this week.

The patents also included technologies for “on-line actual and virtual concerts” as well as other virtual entertainment platforms.

In a statement to Forbes, Gerben said,

“When you see this critical mass of large companies making this many new trademark filings, it’s very clear this is coming. I think you’re going to see every brand that you can think of make these filings within the next 12 months. I don’t think anyone wants to be the next Blockbuster and just completely ignore a new technology that’s coming”

George Hanson, Chief Digital Officer for Panera, added in a second Forbes statement his firm aimed to be “at the forefront of tech advancement” and was constantly seeking ways to improve guest experiences “whether in our cafes or in the metaverse.”

News of the new Metaverse platforms follow massive developments in the retail industry, with some of the world’s leading brands such as Nike, Adidas, and Walmart developing similar technologies.

Sports brands Nike has also created its NIKELAND Metaverse platform to promote fitness and debut several of the brand’s NFT products. Adidas followed shortly after with its own brand of Prada-designed NFTs along with others from the Bored Ape Yacht Club, PUNKS Comic, and gmoney.

A surge of interest comes after Facebook rebranded as Meta Platforms, Inc at an event in October, triggering a wave of new Metaverse solutions from HTC, NVIDIA, Varjo, Nextech AR, and many others.