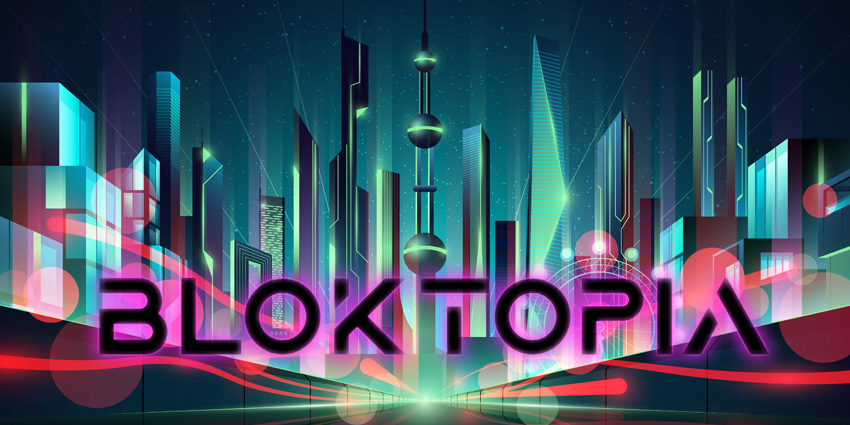 Bloktopia is among the few immersive technology providers that have already come out with a Metaverseplatform for the general public. While companies like Meta Platforms Inc. and Microsoft are still in the development stage, Bloktopia has seen increasing demand for its blockchain-based VR world and its cryptocurrency token BLOK.

The platform has a unique premise: it is envisioned as a skyscraper with 21 levels, recognizing that only 21 million Bitcoin can ever be mined, according to Satoshi Nakamoto’s original whitepaper.

The Metaverse will be a $872.35 billion market by 2028, figures from ReportsAndData have found, and such efforts have been led by early movers like Bloktopia, which is among the top metaverse platforms for 2022.

Understanding the Idea of the Metaverse

The Metaverse refers to a unified 3D environment that comprises multiple spaces and worlds, just like the real universe we inhabit. It relies heavily on immersive technologies like virtual reality (VR), augmented reality (AR), and mixed reality (MR) so that users can truly ‘interact’ with its digital components.

The environment is also decentralized in nature, which is an important characteristic of Bloktopia. In order to power this decentralization, Metaverse platforms use blockchain architecture, where a very large group of stakeholders have joint ownership of the environment.

Some of the key features of the Metaverse (as it exists) today include:

In the future, the Metaverse will be a centralized and fully unified entity as there will be only one Metaverse subsuming all other digital worlds that co-exist and navigated by users in the same environment.

Bloktopia has been working on a Metaverse platform for several years and finally launched in 2022.

Bloktopia is a Metaverse platform designed as a skyscraper with 21 levels, where users can purchase designated spaces from the floorplan through the platform’s cryptocurrency token, BLOK.

According to Satoshi Nakamoto, there is a hard cap on Bitcoin supplies of up to 21 million. An algorithm in its source code limits Bitcoin mining beyond that point, which makes it a scarce commodity and assigns it a real-world value. Similarly, Bloktopia has limited real estate and only 21 floors or levels, making it valuable for investors and users buying its currency.

Bloktopia is powered by the Polygon Network, a leading blockchain consortium, and offers a decentralized Ethereum scaling platform developers can use to build decentralized apps, or dApps. Bloktopia and all other Metaverse platforms available today are essentially dApps built on Ethereum via Polygon.

What Are the Key Features of Bloktopia?

While most of Bloktopia’s capabilities are still under development, it has already launched a few key features:

What Can Users Do in Bloktopia?

To enter the Metaverse platform, users must create a digital wallet connected to their email or social media account. The wallet stores BLOKs a user earns or buys, along with information on digital assets like NFTs. It also acts as a passport when creating avatars, navigating levels, and playing games.

Inside the Bloktopia platform, users can:

Some of Bloktopia’s features are available for use primarily for investment purposes, and gaming and end-user experiences are yet to be launched.