Top Posts
Using the Metaverse and VR to Support Learning...
Metaverse for education: How virtual reality can help...
Studie: Warum Augmented-Reality-Geräte Innovationen gefährden könnten
How Can the Metaverse be Used in Education?
Umfrage: Das Interesse an virtuellen Welten nimmt zu
The metaverse is about pushing boundaries, not recreating...
The Metaverse Wars: What is the Future of...
M Social Opens Decentraland Metaverse Hotel 
5 ways the metaverse can transform and improve...
Mr. Dax: „Metaverse wird größer als Buchdruck und... 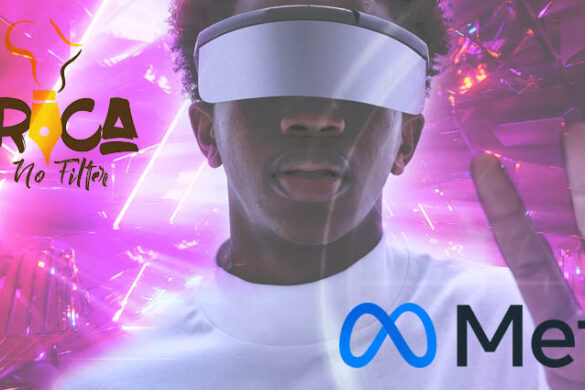 Social change media organisation Africa No Filter and US tech giant Meta announced on Monday it had launched a partnership to integrate virtual reality (VR) in African storytelling.

The programme, “Future Africa: Telling Stories, Building Worlds,” will support content creators using virtual, augmented, and mixed reality (VR/AR/MR) as a medium with grants and mentorship, the organisation said in a press statement.

Those applying for grants must be of African descent, aged 18 and older, living in Africa, and must show their portfolios of XR content along with a proposal for projects to curate African storytelling with XR.

Additional investments from Africa No Filter aim to counter stereotypes of African nations through the art of immersive storytelling.

Starting Monday, the tech firms have opened invitations to content creators across Africa and beyond, for both individuals and organisations, to apply for the grants valued up to $30,000. Participants can join up to January 7 next year, with the programme running February to August 13.

The new initiative has been developed with Electric South and Imisi 3D, and will provide production support, mentorship, and other opportunities to applicants.

Successful applicants will present their final projects virtually or in-person at venues such as the Electric South’s Creators Lab in Cape Town, South Africa in February next year. Project formats allowed for submissions include 360 immersive videos, VR, AR, and MR works.

According to Moky Makura, Executive Director of Africa No Filter, VR had the “potential to take storytelling to another level,” adding,

“In this new metaverse, audiences don’t just get to watch a story unfold, they get to live in it. This is an opportunity for African content creators to push the boundaries of their creativity and innovation”

Sherry Dzinoreva, Public Policy Programme Director for Meta in Africa, Middle East, and Turkey, added she was excited to partner with Africa No Filter to unite “the best of the African tech ecosystem to showcase innovations for the future and tell positive stories about Africa.”

“Meta sits at the intersection of innovation, technology, entrepreneurship and social connection, and this investment is a vote of confidence in the strength of the African tech industry and its ongoing potential. I’m certainly proud that Africa will be helping to shape the metaverse experience from the start”

The new partnership incorporates goals set by Meta earlier this year after it announced it would would shift to becoming a “Metaverse company” and later, revealed a massive partnership with